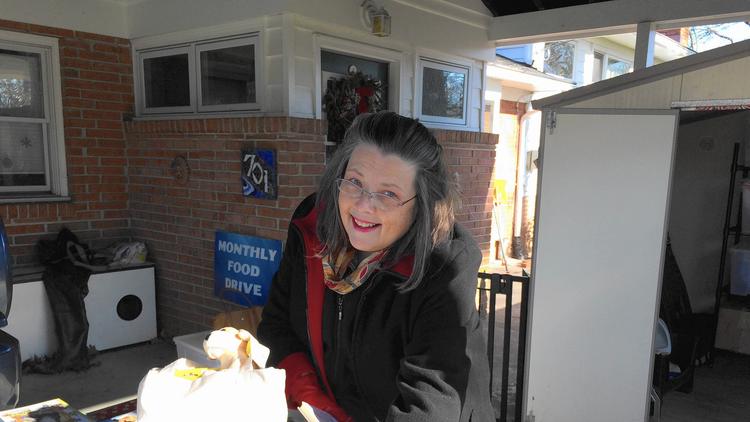 Winning an award from Baltimore County Councilman David Marks as Fifth District Citizen of the Year caps quite a year for British native Jo Marvan, who in August became a U.S. citizen.

“I’ve only lived here 31 years,” said Marvan, tongue in cheek. “I just have to learn to speak American.”

Marks announced the awards and gave each honoree a certificate during the GTCCA’s annual holiday party Dec. 17 at the Aigburth Vale Senior Community.

Marvan, who said she is in her 50s, is active in her neighborhood as a board member, secretary and an alternate representative to the GTCCA. She also is a board member and financial secretary for the Knollwood-Donnybrook Improvement Association. She works on a monthly food drive in the neighborhood.

She is also treasurer and board member for the nonprofit Christ Child Society of Baltimore, a group of women of all faiths, whose mission is to better the lives of children and families. Its programs include bringing new and used books to children, reading to pre-kindergarten students at least once a month, providing “starter kits” for parents of infants, such as diapers and baby shampoo, finding speakers on parenting and child care issues, and packing “My Stuff” bags with basic goods for children in shelters who are escaping domestic violence.

Read full article: Towson Citizen of the Year is a citizen in more ways than one – Baltimore Sun